You are probably thinking what real connection the title of this post has got to do with picture you are staring at above this text. Well, rest easy as I break down yet another manga-inspired beat I made more than a couple of years ago.

For those who don’t know:

“Fist of the North Star (北斗の拳 Hokuto no Ken, literally “Fist of the Big Dipper”) is a Japanese manga series written by Buronson and drawn by Tetsuo Hara that was serialized in Weekly Shōnen Jump from 1983 to 1988, spanning 245 chapters. Set in a post-apocalyptic world that has been destroyed by a nuclear war, the story centers around a warrior named Kenshiro, the successor of a deadly martial art style known as Hokuto Shinken. The manga was adapted into two TV anime series produced by Toei Animation which aired on Fuji TV affiliates from 1984 through 1988, comprising a combined total of 152 episodes.”

FOTNS to me is like the “Rocky” of  anime. The meteoric rise of the under dog despite being placed in impossible situations, oh yeah and with the help of the infamous exploding fist technique. No matter the predicament, the seemingly invincible enemies and mental torture is used. Kenshiro always finds a way to overcome adversity and restore balance to a more or less bleak world.

Besides the animation being a bit “meh”, the story lines somewhat simple (but enjoyable) and the villains being plain megalomaniacs (seems 90% of the world suddenly went power hungry), the other thing that drew my attention was the music. You got to give these guys props for that, unlike most cartoons in the 80s where there was an over reliance on cheesy rock songs. FOTNS took it up a notch, from jazzy tunes to ballads to epic orchestra pieces.

This particular piece I used for The Invisible Enigma’s “Austere Guinevere” was one of those slow ballads. It wasn’t a simple chop and loop cause the way the singer did it didn’t quite match what I had in mind so if you ever hear the original sample you may not even recognise it straight away. I probably made about 4 to 5 beats using samples from FOTNS at the time so expect a few more beats coming this way.

Welcome to another online mix from yours truly. Today’s mix is a blend of rock,funk and soul music from yesteryears.

Classic Rock, Funk And Soul Mixtape from teck-zilla on 8tracks.

This joint is taken off the collaborative album with Slamdunk record‘s CEO “The Holstar“. I must have told this story a thousand times but I’ma tell it once more.

After going through series of beats, trying to get a balance for the album. I stumbled upon the original beat for what eventually became “Past, present And Future“. The said beat was first made in 2007 and actually made into a song shortly afterwards but as fate would have it the song was never released and it’s probably in data heaven as we speak. I never even got to listen to said song so it’s like a dream that never actually took place.

Check out the audio here:

The video was Shot, Directed and Edited by Jamiel Banda in Zambia and features cameos by Hip-Hop Group ZoneFam.

This is my favorite song on the album, I’m a sucker for anything nostalgic and this right here hit the right spots. It was really dope to see the entire crew in the video as well having worked with all of them(2 years before) on “Full Script“. 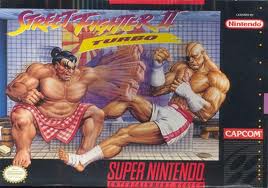 From what angle do I even start this write up without sounding like an unrelenting fanatic? It’s pretty hard writing about something you love from a neutral perspective but I will try my best.

Street Fighter II is well known to be the progenitor of ALL fighting games, although the original introduced “some of the conventions made standard in later games, such as the six button controls and the use of command based special techniques” it pretty much limited players to only 2 characters (Ryu & Ken) and it wasn’t until the release of SF II in the early 90s did a sudden surge in fighting games start.

At the time, the closest we had was beat ’em ups and the likes but SF II changed all that. It essentially introduced a one on one battle scenario along with the arcade “story” mode with an extensive background for each characters. Speaking of characters, a unique cast of unforgettable fighters was made, easy to recognize with eye catching color palettes.

SF II should also be credited for introducing the Ryu/Ken stock characters-which is ever present in most fighting games. That I mean characters that are analogous to each other in some ways (Sub-Zero/Scorpion, Hanzo/Galford, Heihachi/Kazuya, Ryo Sakazaki/Robert Garcia).

Regarding the command based special moves(which were a novelty at the time), executing said moves took hours of practice and I must admit it took me weeks/months to master them (well I didn’t have the game so I used to play at a friends house). The thing is once you get the hang of it,it becomes second nature. As a matter of fact, I normally refer to any similar command on other fighting games by their SF II counterpart. That is  instead of saying “Quarter Forward + Punch”, I would just say “Hadouken” etc. 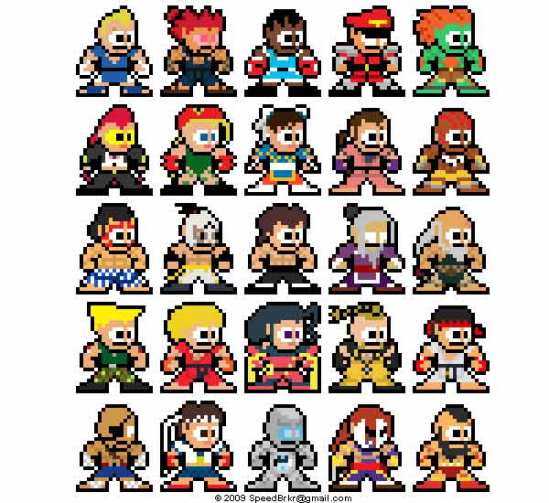 I remember back then, being a great SF II player was the shit. There was really no space for half stepping when the control pad was handed to you because, everyone was out for blood and God forbid you get handed the dreaded “Double Perfect” treatment (which we called Duplex). those were really hard times, as the older kids didn’t go easy on us and I recall many a time when an innocent game of SF II would lead to physical altercations (sigh!)

SF II would always be a part of my childhood. To me, it signifies a time were kids were kids. Where we laughed, fought and even cried over a game. Unlike now where all we do is sit behind a 13inch screen and call the shots from thousands of miles away. 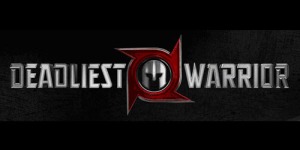 Deadliest Warrior is a television program in which information on historical or modern warriors and their weapons are used to determine which of them is the “deadliest” based upon tests performed during each episode. The show is characterized by its use of data compiled in creating a dramatization of the warriors battle to the death.

This show has been around since 2009 and for some unknown reason,it kind of slipped under my radar until recently. Well, better late than never.

This show is basically a 44 minute testosterone  fuelled exhibition. It starts off with the introduction of 2 opposing teams representing different warriors of the day(eg Ninja Vs Spartan etc). After which each team presents their death dealing weapon of choice (one after the other), which is tested on a ballistic gel torso (sounding like a true fanboy here) or any other non living representation of the human body (Cow torso, whole pig) and as you may have guessed, the more fatal blow a weapon can deliver, the more deadly it is.

For the 1st 2 seasons, X-Factors (Psychology, Environment etc) weren’t really considered and I reckon they weren’t factored into the Slytherin Sim program used to decide the final battle. Well this changed on the 3rd and final season where a whole new program was used and personal history and battle strategies of the respective warriors were factored into the program.

My favorite match ups in no particular order:

I wasn’t so amped up about the Zombies Vs Vampires, I know I should be(being a Zombie fan) but for some reason, it was just meh to me.

Anyway, I included a video by infomania making fun of the hit series. Enjoy

Watch out for the Scottish Claymore at 2:43 (classic scene IMO)

This song is off Str8buttah‘s debut album: Str8 4rm Da Art and I think the only video we shot for the album. The Masta Ace intro I used was inspired by a conversation Rcube and I had months before the song was recorded. Often we had these friendly banter about the state of Hip-Hop in Nigeria and more than often we always agree to disagree on certain aspects and issues.

The beat samples a jazz record I got from a pal of mine who helped me with getting tons of old records and whatnot. It was a no-brainer at the time to keep the trumpet section for the hook and the verses short and straight to the point. I hit up the rest of the crew and we all wrote our verses and hit Knighthouse studios to record, we probably recorded more then 50% of “Str8 4rm Da Art” there anyway.

The video shoot was quite epic as we called all our rapper friends in the music biz to come represent and I’m glad most if not all of them showed up. Trust me, it would be freaking difficult to get these guys in 1 room now unless it’s a show or award ceremony.

Rcube directed the award winning video(yup we won an award for it) with Brother Lee and Wong Fei Hung lending a helping hand.

Shout outs to Micworx for the location

I  recall vividly the first time I played this game on the NES. I must have been around 9 or 10 and I was stoked  out of my mind.

The gameplay was truly amazing at the time. As opposed to the usual, run,jump,attack that I was used to, in this scenario you could combine various moves depending on your position. You could attack an enemy behind you (with the back kick) while keeping another in a hold and then there was the famous “Hurricane Kick” and of course “Abobo“

Another feature that captured my imagination was the music. Timeless pieces that capture the mood of each stage and draws you in. Seriously for an 8-bit game, the music was brilliant and for years it was stuck in my head like a mantra. Especially the themes for Stage 2 and stage 4(pictured below) 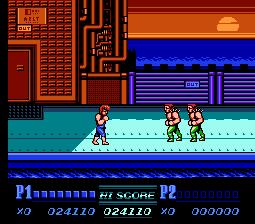 Fast forward many years later. I became a beat maker and naturally I had to get my hands on the entire Double Dragon 2 music catalogue. The version I sampled on the song “Set It Off RMX” is actually an updated rendition of the original 8-bit music but I also spliced the music used in the game’s interlude to give it that retro feel.

The original version of Set It Off was recorded for Rhythm 93.7‘s Dj Tommy’s mixtape (still in limbo) hence we never actually put it on any Str8Buttah project. The original was recorded at Jabbarad’s studio after we got kicked out of the first studio for another artist (that’s another story for another day). Unfortunately XYZ was unavailable for the recording as he was still serving in the Northern part of Nigeria so you get to hear only 4 emcees plus me on the hook.

The remix in question was done about 2 years later(2009) while we were putting the Buttah-Tapes together.

Set It Off Double Dragon Remix